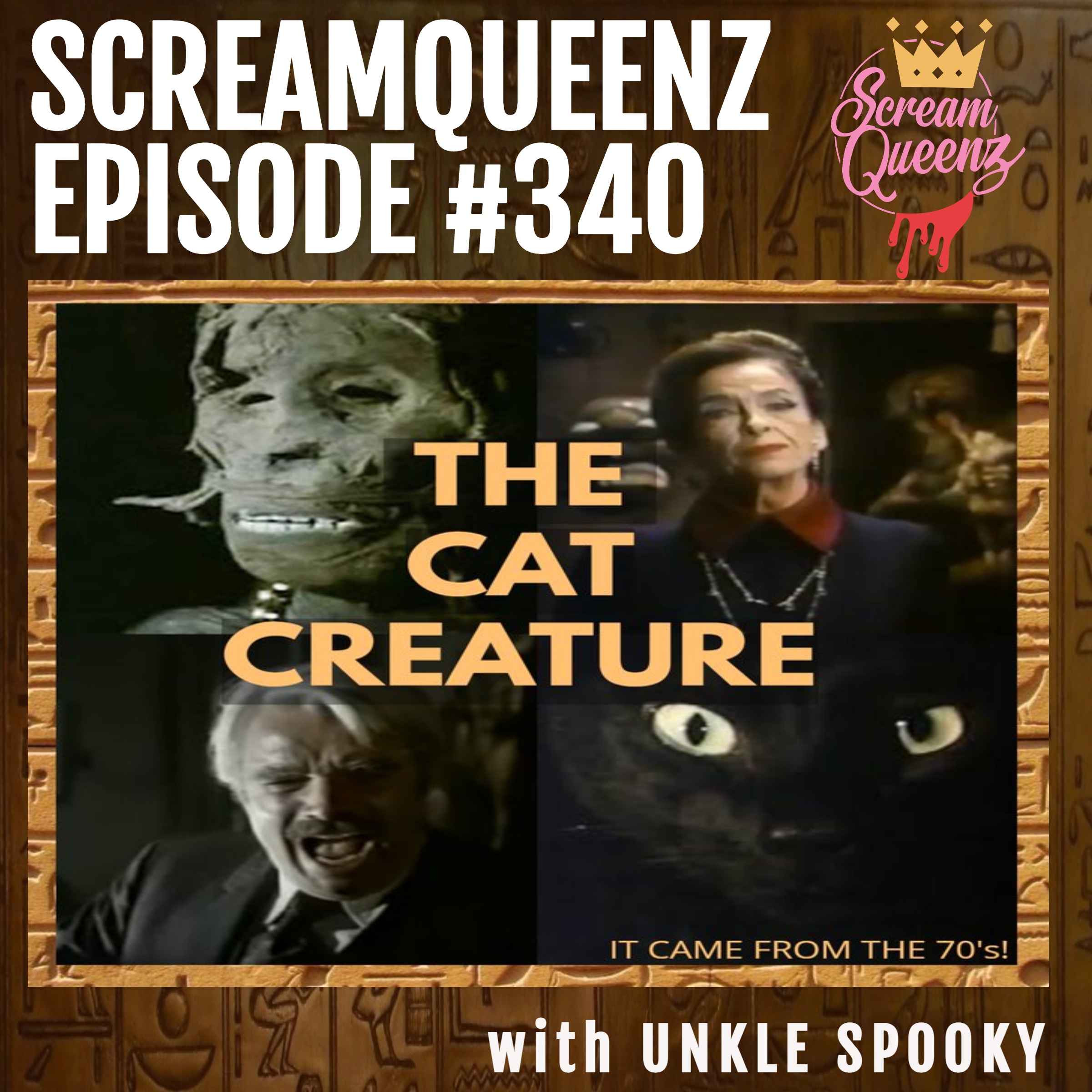 IT CAME FROM THE 70's - "The Cat Creature" with Unkle Spooky

All aboard for another flight into made-for-tv terror on Polyester Airlines as we journey back to the night of December 11, 1973 for the world premiere of the latest ABC Movie of the Week, "THE CAT CREATURE" starring MEREDITH BAXTER ("Family Ties", "All the President's Men"), DAVID HEDISON ("The Fly, "Live and Let Die"), GALE SONDERGAARD ("The Black Cat", "The Time of Their Lives") and STUART WHITMAN ("Night of the Lepus", "Shock Corridor").

After a mysterious Egyptian amulet is stolen from a sarcophagus, everyone who comes into contact with the amulet falls prey to a bloodsucking monster kitty.

Fresh from his sweet summer gig at Fire Island's glamorous Ice Palace, my co-pilot on this ill-advised flight into mummy mania is everyone's favorite undead horror host, UNKLE SPOOKY from "Unkle Spooky's SPOOK-O-RAMA".  Follow him on Instagram at @unkle_spooky

Check out THE CAT CREATURE for free on YouTube.

THE CAT CREATURE was directed by CURTIS HARRINGTON ("Queen of Blood", "Who Slew Auntie Roo?" and written by ROBERT BLOCH ("Psycho", "Strait-Jacket:).

THE DARK SIDE OF THE RAINBOW: Part Two - "Queer Prejudices" On the next leg of our journey to the ugly underbelly of LGBT+ life, …

HAPPY HALLOWEEN, MY BEAUTIFUL SCREAMERZ! John Carpenter Month continues with a look at his 1980 supernatural revenge flick, THE F…

Once upon a time, two fierce young filmmakers set out to make a documentary about the legend of Mark Patton. They were never hear…

“It was never too late to exchange the things you believed defined you for something better.” -Guillermo Del Toro To kick off Pri…

Come for a dip into the mesmerizing, glittery, blood-drenched world of THE LURE, because these two enchanting mermaid sisters are…

Please enjoy this super-casual conversation I had with super-cool gay horror filmmaker BART MASTRONARDI. During our insightful ch…

When invaders from space invade a small town to turn the earth into a breeding farm for giant man-earting gargons, things aren't …

Tonight, we're having a most informal chat about one of the most influental horror movies of our times: JOHN CARPENTER's trick or…

Three giggly gays bumble their way through a discussion of an Agatha Christie classic. Pour yourselves a "Between the Sheets". Be…